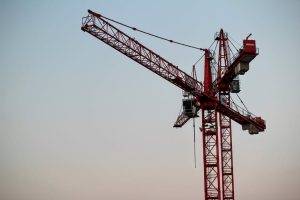 Scaffoldings are the backbone of construction work. They not only provide support to the structure being built but are imperative to workers’ safety.

They are usually made of metal beams, couplers or fittings, and boards, that together create a sturdy and stable structure to minimize risk from potential hazards on the site.

Did you know about these 7 types of scaffoldings used in construction?

This frame is assembled from pre-made trestles, braces and accessories. Trestles are horizontal beams supported by two legs. The frame is quick and easy to build, with a minimal number of parts, and forms a highly stable platform.

Another great bonus is that it can be placed on portable ladders or tripods, so can be easily moved around. It’s generally used indoors for jobs like paintings and repairs, at heights of up to 5 metres.

Typically used for brickwork, the single uses putlogs and ledgers that sit parallel to the wall and connect the standards. The standards generally sit about 2 metres apart, and putlogs about 1.5 metres from each other.

Double scaffoldings, in contrast to single, have two rows of standards separated by ledges, for extra support. The first row of standards is beside the wall, while the second row is about 1.5 metres further away. This makes the framework more durable, and takes away the need to chuck holes in the wall.

These scaffoldings are widely used steel feats. They are made up of steel tubes complete with steel couplers or fittings. They’re also quite easy to set up, are rigid, useful for heights, and are fireproof.

While not the most budget-friendly choice, these steel frameworks have retained popularity due to the high level of safety they ensure for workers.

They follow the format of doubles, with hollow steel tubes in place of other materials that may be used, such as bamboo. The metal fastens with pipes, bolts, nuts, washers wedges or clips.

Patented scaffoldings are also made from steel, but have more specialised couplers and fittings, and have a working platform that can be moved between the different levels of the structure. This can be hired already assembled.

Especially comes in handy for upper wall constructions, when there isn’t firm ground to support the standards, such as on busy streets.

The standards sit on a chain of needles, through holes in the walls. The needles are supported in openings in the floors. These can also be single or double format. In the case of single, the standards are supported across several needles. For doubles, the needles and projection beams form a rod into the floor through openings.

Also easy to put together and take down, Kwikstage scaffoldings are made from galvanized steel, making it hard wearing. It can be used in most projects requiring a supportive frame. In fact, they are the most common scaffoldings in Australia. Why?

Due to its advantages, many construction sites across the country have become dependent on the Kwikstage, both residential and commercial.

Everything old is new once again it seems, the rise of vinyl, the sounds of the 80s cascading into new music and film media, and...

A Boogedy Boo! Here Is The Best-Selling Beanie Boo For Sale

A beanie boo for sale is a highly impertinent stuffed toy to accompany any childhood bedroom. Whether you are buying for your girlfriend...

We care for the health of our trusted customers by providing quality health care products. Canadian Pharmacy gains many of our...